Mad Tea Party is a famous version of the spinning teacup ride from Disneyland. The teacup theme is inspired by Walt Disney’s Alice In Wonderland. So, It is also named Alice’s Tea Party, Mad Hatter’s Tea Cups, and Mad Hatter Tea Cups.

The rotating coffee cup is a new cup of amusement equipment developed by our company. Each small turntables, rotate clockwise motor holding one teacup, within one large turntable, rotating counter-clockwise. When the colorful coffee cup rotates on the chassis, the coffee cup will rotate in the opposite direction, which will give visitors a feeling of weightlessness and stun. The coffee cup is still moving fast, and it is interesting and stimulating. It often makes tourists forget to return, and is deeply loved by the tourists. Rotating coffee cup is suitable for all kinds of places with a certain flow of people. It is easy to operate and simple to maintain. It is a new type of amusement machine with competitive performance.

How does the tea cups ride work?

Teacups is one kind of classic rotating amusement rides in amusement parks that is characterized by cup-shaped spinning vehicles with a turntable-like floor. Usually, one set teacup ride consists of six cups, 9 cups, 12 cups, and 18 cups, each cup can sit 4 persons. The teacup ride rotates along the vertical axis, meanwhile, the riders can control the cups to rotate itself by handling the central steering wheels in clockwise, the whole machine rotating speed is controlled by the control cabinet, and also it can be adjusted according to clients’ demand, but the cup rotation speed is controlled by the riders, if you rotate the steering wheel in a fast way, then the cups will also rotate fast.

As a professional and leading manufacturer in amusement industry, our quality is strictly controlled, and we are serious in each process. The amusement equipment is made up of Fiberglass Reinforced Plastic(FRP), steel and electrical components, let’s see what we use in each part. 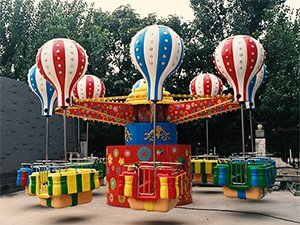 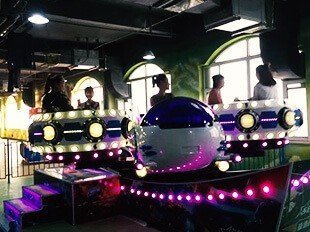 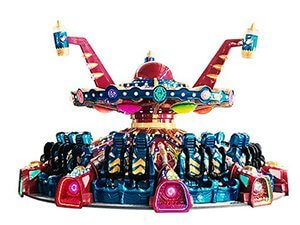 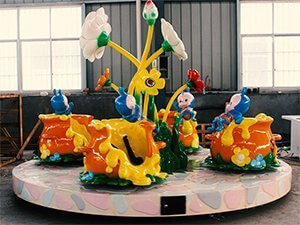 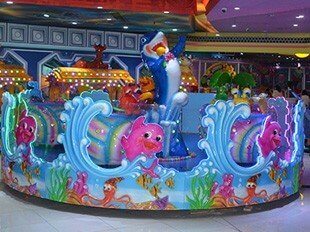 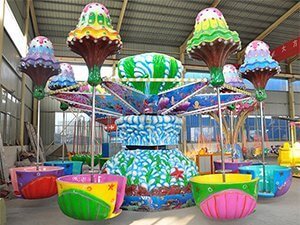